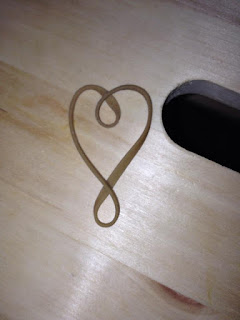 When my brother, Tony Pintado passed away in March 2013, I promised myself that I would visit his grave regularly.

During an early visit, I took a rubber band from some flowers I placed for him as a way of remembering him and put it on my wrist, until I could find a proper wrist band.

Shortly after, I was given a more permanent wristband. I took the rubber band off and dropped it on my coffee table.

Without a word of a lie, it landed like this ... message received loud and clear, brother.
Posted by Iggy Pintado at 7:20 PM No comments: